Per users’ requests, we improved the visualization of VFR and IFR charts: it is now possible to zoom-in continually in 2D Track to a very high zoom level (in addition to continuous zoom in 3D which has always been available).

You can zoom-in using the “+” and “-” buttons, using the mouse wheel, or using finger gestures on iPad and other touch devices.

** Available to all users, Standard and Pro **

The following screenshot shows a debrief with close zoom-in of VFR charts: 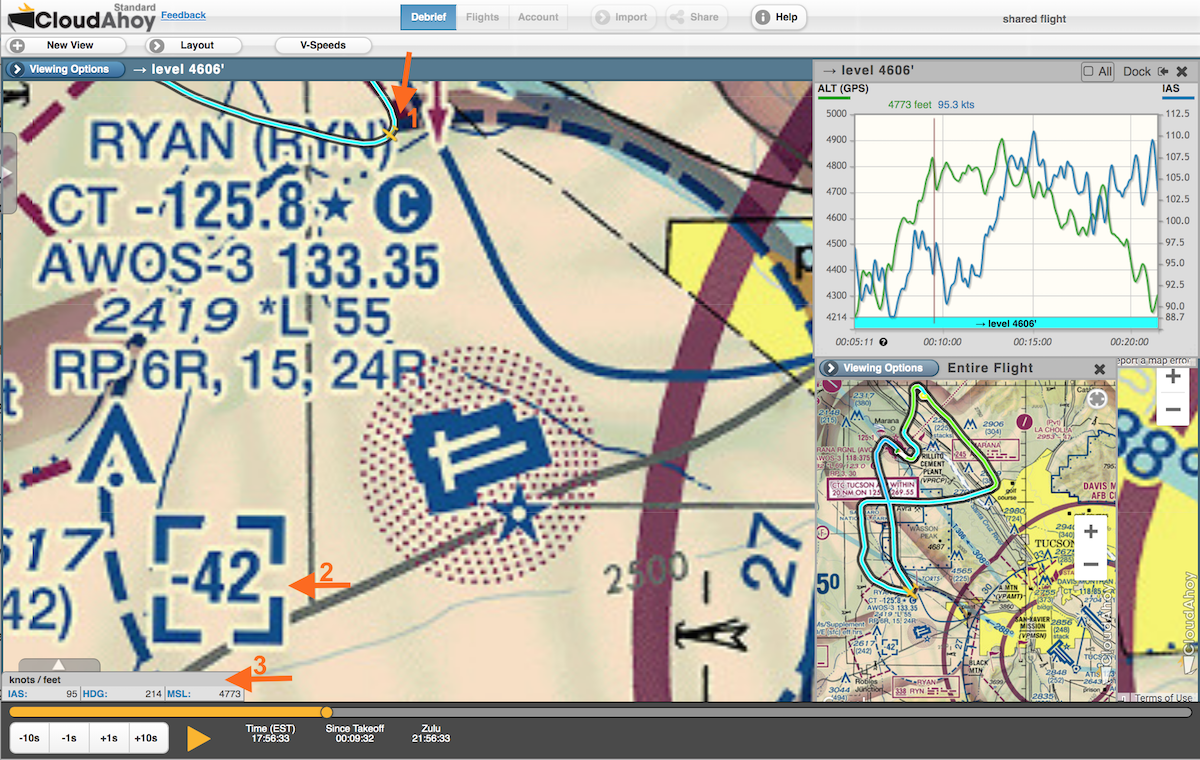 “Did I bust Class D airspace?
I was flying along on a site-seeing flight when my iPad overheated in the Arizona sun. Got distracted trying to cool it down in front of a vent.. looked outside….runways! Oh no! Quick 180. Luckily Stratus 2S continued to record while iPad was off, and I was able to import that flight log into CloudAhoy.
Debrief: I was right on the edge of class D. ALT 4712, class D up to 4199 -> Legal!
Noted: Situational awareness! and I ordered a mount with a fan.”
— told by Chris