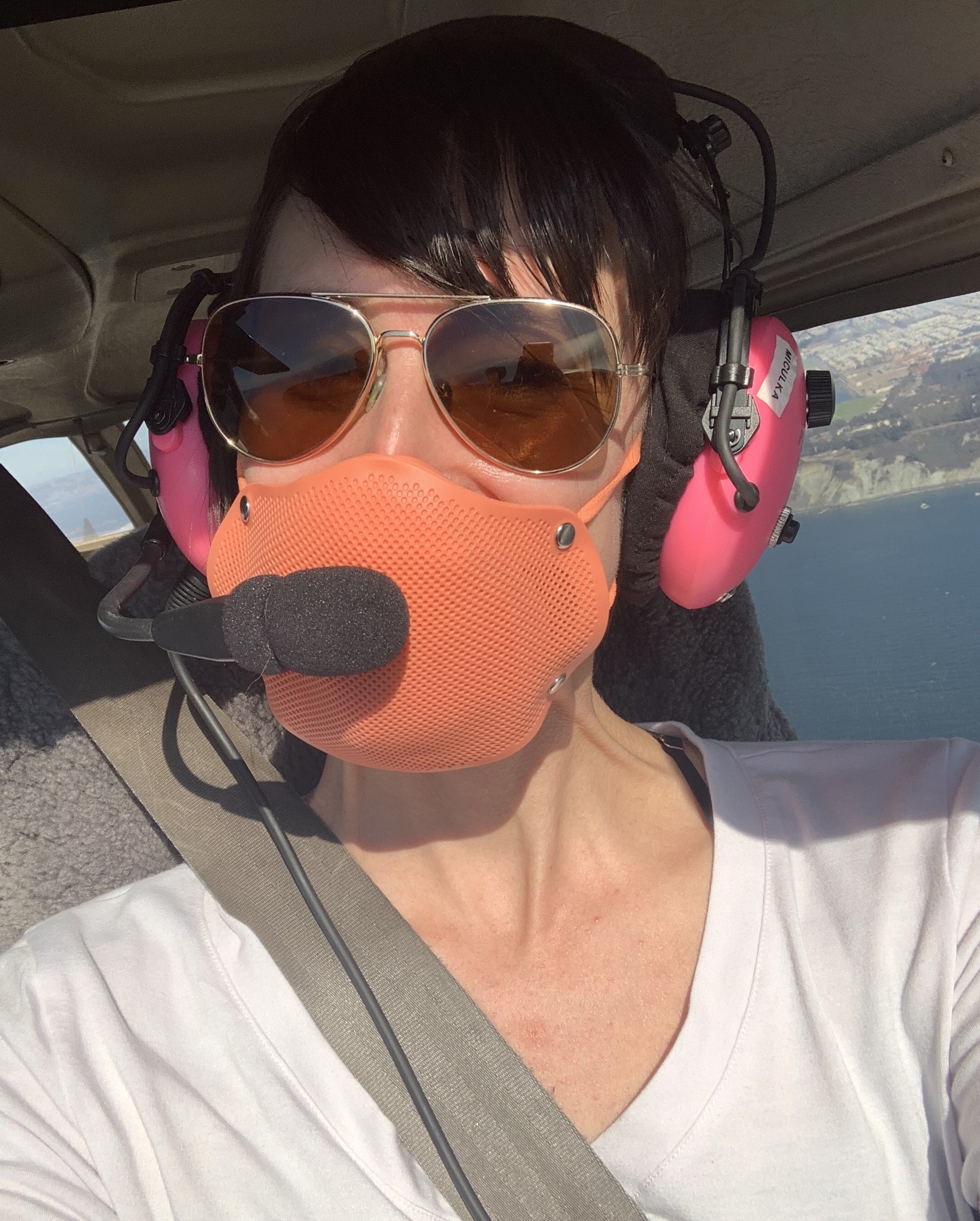 Truth be told, I’m a bit intimidated to fly again and don’t want to rush my flight review. I don’t want “just” the endorsement that shows I’m legal to fly. I want to feel safe, ready, and confident in my abilities. So, my flight instructor at San Carlos Flight Center, Mari, and I decided that we’d start off with a fun flight first. Something that would allow me to get back at the controls right away without too much ground discussion, maneuver prep, or stress. We made my first flight back a San Francisco Bay Tour. It was perfect. A clear beautiful day (very welcomed after weeks of smokey haze and strange skies). It was a great orientation to the local airport procedures, airspace, the plane’s radios and avionics, and to knock the rust off my ATC communications. It was a 1.2 hour flight and a nice way to get started and be challenged.

*I’ve also made a video of my debrief, you can check it out here!*

I flew a steam gauge C-172 and recorded my flight from the CloudAhoy app on my iPhone. Debriefing my flight with CloudAhoy was very helpful to review all the local landmarks my instructor had pointed out. For noise abatement after takeoff from San Carlos airport, we were to follow the “Oracle Departure”. This meant at the diamond shaped waterway, I was to turn right and follow the slough, being sure not to fly over any of the homes on either side. Check out how I did… pretty good and kept the neighbors happy. 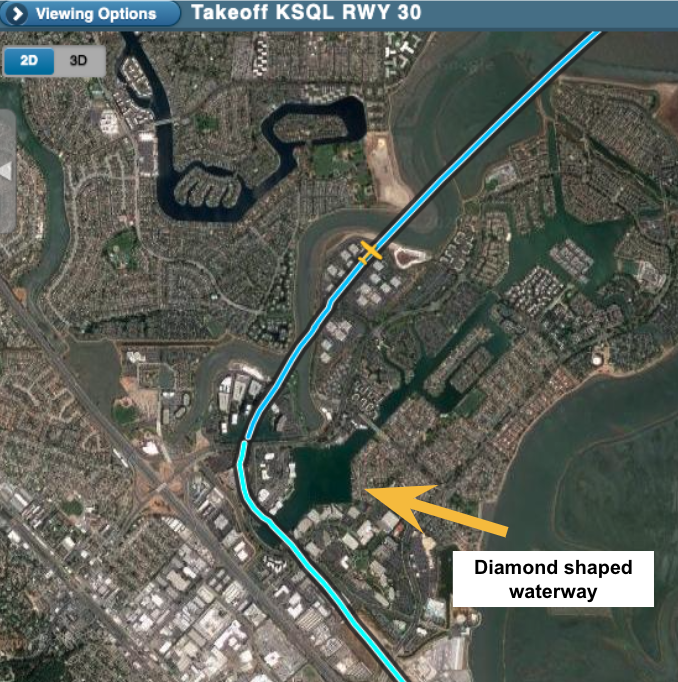 Next, ATC directed us to fly to the “mid-span” of the San Mateo Bridge. Before our flight I was told that the mid-span is halfway between the flat part of the bridge, not the entire bridge. I was given the tip of how many poles to count, but that felt like too hard of a task my first 10 minutes into this rusty pilot’s flight. So I appreciated taking the time with my CloudAhoy debrief to actually validate that I did this correctly, with both a satellite and VFR chart view to reference. 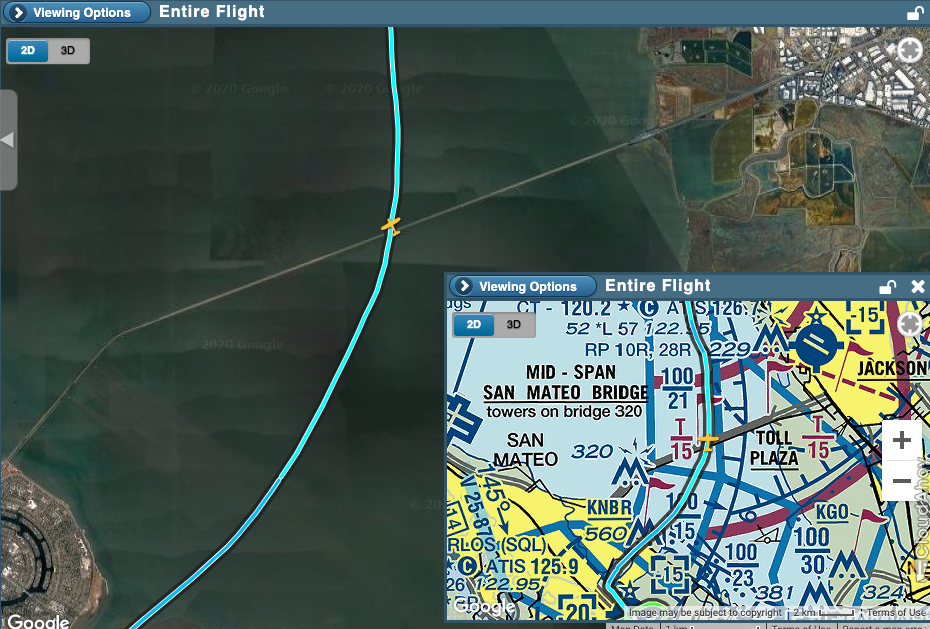 Bay Bridge, Alcatraz, Sausalito, and the Golden Gate Bridge – what a site to see!
This segment was a nice relaxed time to just fly and look outside. ATC wasn’t concerned about us and we could do some circling and touring around. I was supposed to maintain 1800 feet. Overall, I feel like I did okay, but I do see some dips in altitude that I hope as I fly more become less of a trend (see graph below). I did voice to my instructor that I needed to physically relax and loosen my grip on the control, as even my shoulder was starting to feel tight. 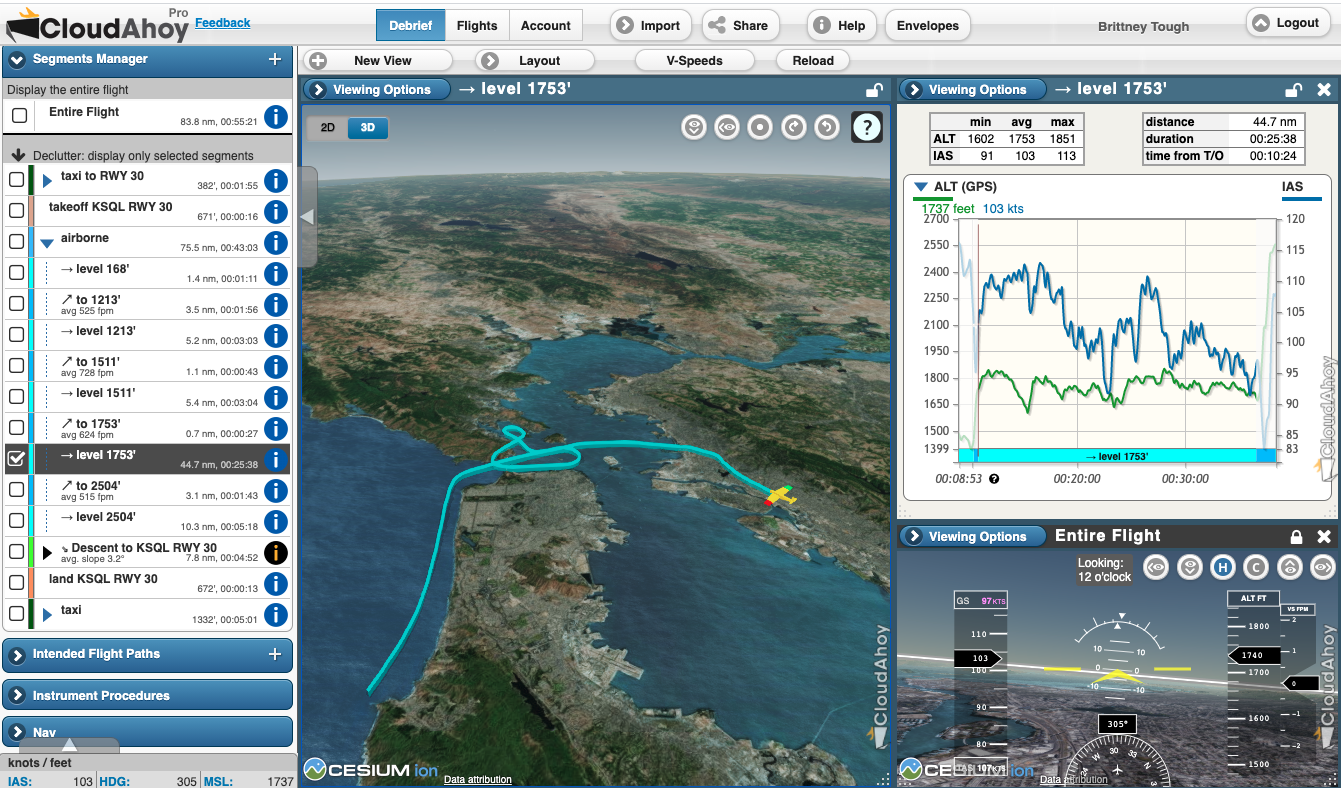 Next we flew along the coast line and then climbed to prepare for our route back to San Carlos. I felt like I had good situational awareness and was able to overfly the runway then enter a right downwind as instructed. I was to fly over SQL at 1300 and so I had to lose 500 ft to reach traffic pattern altitude. I probably should have extended my downwind a bit to give myself time to get better established with a more consistent descent angle.  CloudAhoy’s CFI Assistant feature scored my final approach a grade of 77. While it isn’t in the green range, it was a good place to start and now I can measure my improvement. I knew I wasn’t doing a good job holding the centerline and of course, this grade confirms how I felt in flight. 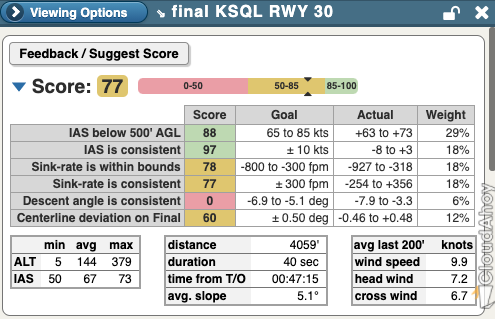 For my first landing in many years, I thought it was okay. I don’t think I impressed anyone, but it wasn’t a horrifying smack down or anything. I definitely needed to add some power during the flare, but then it was too much power, so I floated, but it was an eventual fine touch down. I’m pretty sure the instructor didn’t touch the controls, she just gave some helpful verbal guidance on the finesse of the flare and final few seconds.

This bay area flight was the highlight of my week. I’m glad to be back in the air. I recognize many areas for improvement and look forward to the fun challenges ahead as I continue to knock the rust off. 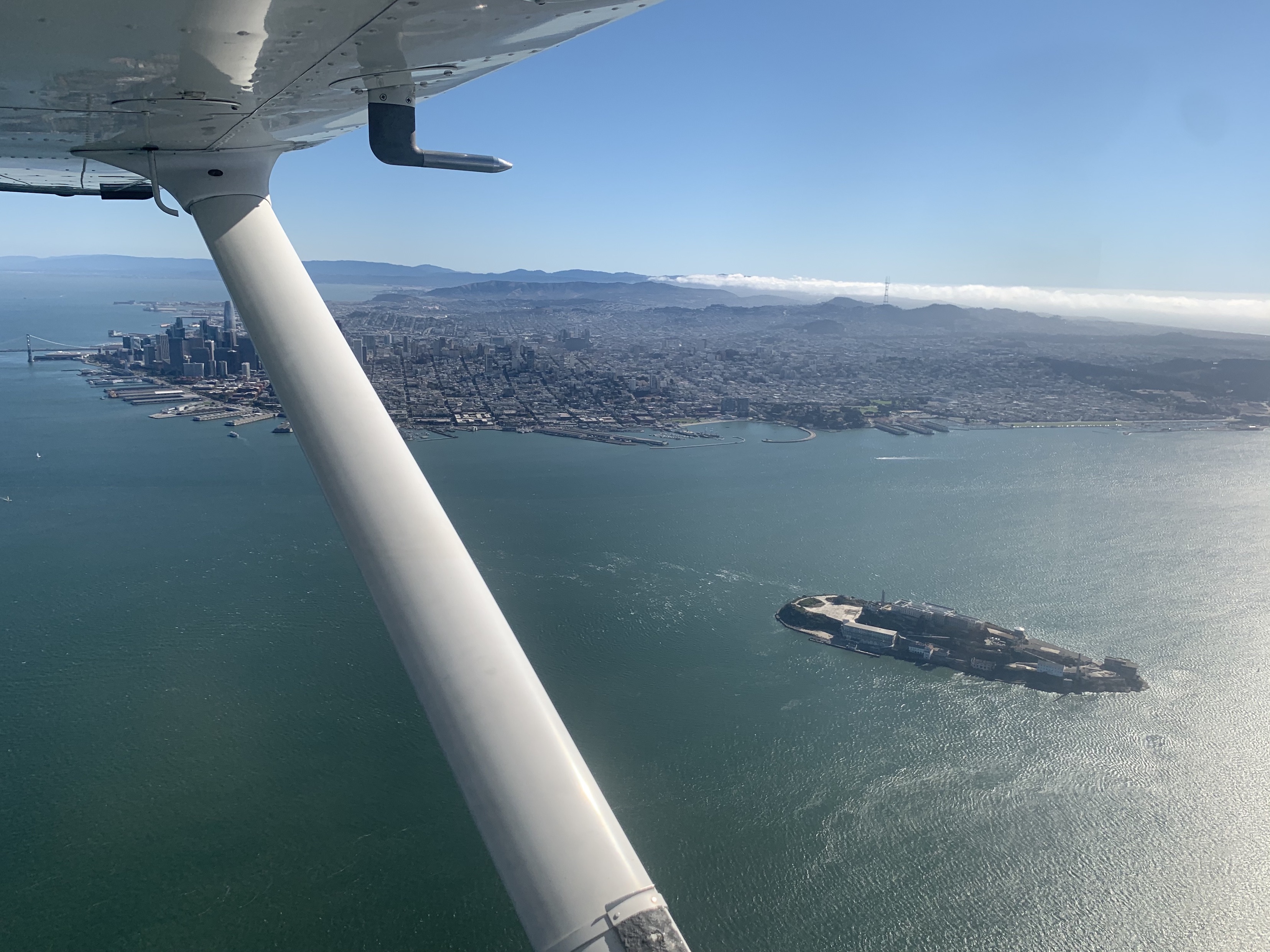