This new feature is  useful to import GPS flight data from external loggers. 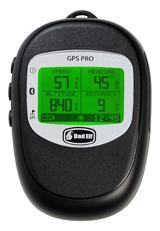 Import from Bad Elf Pro
Until now, you could use your iPhone or iPad with an external GPS devices such as Bad Elf Pro to log flights with the CloudAhoy app. This method has two advantages: it auto-stops the logging, and the upload is fully automatic.

Here is a step-by-step description of how to use it:

Important: using the Bad Elf app, tap Configure and set the Data Logger “Smart Filter” to “Disable”. Remember to stop the logging at the end of the flight.

The flight will now be uploaded automatically to your CloudAhoy account, ready to be debriefed.

Important: the flight will be imported to CloudAhoy using the current settings of pilot names, tail number and remarks. If the imported flight’s setting is different, you can change it in the CloudAhoy app before the import, and you can also edit the flight afterwards (from the Flights tab).