A week ago my wife and I started a one-month vacation in Buenos Aires.   Flying there, we missed our connection in Dulles by 5 minutes.

Our United flight from Dulles left 24 hours later, on a stormy night.  The good news: our status was upgraded from “you’re on standby” to “passengers squeezed in row 35”.  The other good news: United has ATC audio in channel 9.  For a GA pilot this is pure joy, plus educational.  Here’s what I learned.

As we were taxing for takeoff, a thunderstorm with heavy rain passed over the airport.  ATC warned of microbursts.  It then cleared a plane for takeoff but the pilot refused to go.  Lots of planes were waiting in line, one of the parallel runways was closed, and there was a pressure to get everybody airborne, yet the pilot refused to roll.  ATC asked what his intentions are, and the pilot said that he wants to wait two minutes.  He requested ATC for more PIREPs.  The controller called both landing traffic and planes that have recently taken off, and relayed their data.  After 5 minutes the pilot of the number one plane agreed to go.  I learned a lesson in assertiveness, which was conducted in a very professional way.

After takeoff they switched us to Potomac departure.  Here again, there was a lot of give-and-take between pilots and ATC. Since the Heavy guys have radar, they kept providing PIREPs and requested vectors and altitudes to go around the storm system.  I was impressed by the close coop between the pilots and ATC, and by the level of professionalism.

The flight map in the plane’s seat had odd information.  My wife asked me what do they mean by “-50 knots headwind”: if the speed is negative, does it mean that it’s tailwind?  I did not know.  Later when we landed we had “-10 knots tailwind” (more on that below) and so it seems that the minus sign was for decoration only. Actually, maybe the speed was in miles/hour, not sure. 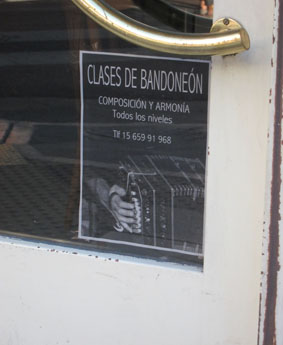 On our descent to Buenos Aires, flying south, ATC vectored us to land on runway 36.  The pilot came on the PR system and informed the passengers that we were instructed to land into the north, which he said is “unusual”, and therefore we will land later than planned.  His comment on the PR system cleared the confusion about the sign of the wind speed: ATC were vectoring him to land with tail wind.  Why?  Don’t know, maybe the ILS did not work on runway 18.

I was also surprised that they did not switch us to the tower frequency: the same controller kept talking to our pilot until after landing, when she switched him to ground.

Over Argentina it was a clear, perfect VFR day.